With so much noise on social media these days, one of the most powerful methods to break through and build your audience on Facebook is Live Streaming.

It does not necessarily mean that you have to stream actual “live” and entertain your audience in real-time. There is a range of options to automate this process. For instance, you can broadcast previously recorded videos as live. Platforms like LiveReacting make live streaming to Facebook a piece of cake: easy, effective, and engaging. You do not have to spend hours to launch a live stream; our research shows that, on average, it takes 2–3 minutes to set one. Sounds cool, huh?

Luckily, we do not end the investigation on this note and would like to share with you a few more exciting insights based on the real findings and some pulled stats from our customer base that reveal how live streaming takes over the traditional videos.

How Live Videos beat the Traditional Ones

Let’s get some real stats on the table: live videos on average receive 3X higher engagement than uploaded videos. Besides that, the research shows that users comment on Facebook Live Videos 10X more than regular videos.

To test this, we took a few examples from our customer base to compare the performance of the live videos vs. traditional ones. The key points which we are going to compare are reactions, comments, and shares. We are not going to take into account “Reach”, as it would not give us any meaningful insights and is not accessible anyways. In fact, the “Reach” means nothing when there is no engagement going on.

Let’s take a look at the case from the Georgia Aquarium. Live streams on Facebook helped them to gain way more engagement than uploaded videos.

On the graph below, we can see an example of how both live stream and uploaded video perform.Taking a closer look at both videos, we can see that engagement on the broadcasted video is much higher (389 likes, 88 shares, and 82 comments) than on the uploaded video (94 likes, 12 shares and, 2 comments).

Another example is the BIG SALE campaign by AirAsia. They used both live streams and traditional videos to push sales.

The explanation behind such performance of Live Streaming is simple:

• Facebook algorithm favors live broadcasts over uploaded videos, so more people are exposed to it.
• People love to be part of stories, and live stream gives them the feeling of being engaged way more than when they watch uploaded videos.
• Live videos create a sense of excitement for the viewers, as they can often participate in polls, ask questions, and socialize with other users. This way, the message of the video is delivered more effectively and has more power in building a community.
• Streaming gives meaningful real-time insights into what customers really want.
To sum up, every performance outcome favors Facebook Live Streaming, which gets way more engagement than uploaded one. And it is not just some “next big thing”; it is here to stay for quite a while and definitely grow further.

If you'd like to give it a GO, you can follow this step-by-step tutorial on how to stream pre-recorded video with LiveReacting. This option is especially useful if you don't want to be in front of your computer while live streaming, or if you're feeling nervous about doing it for the first time. 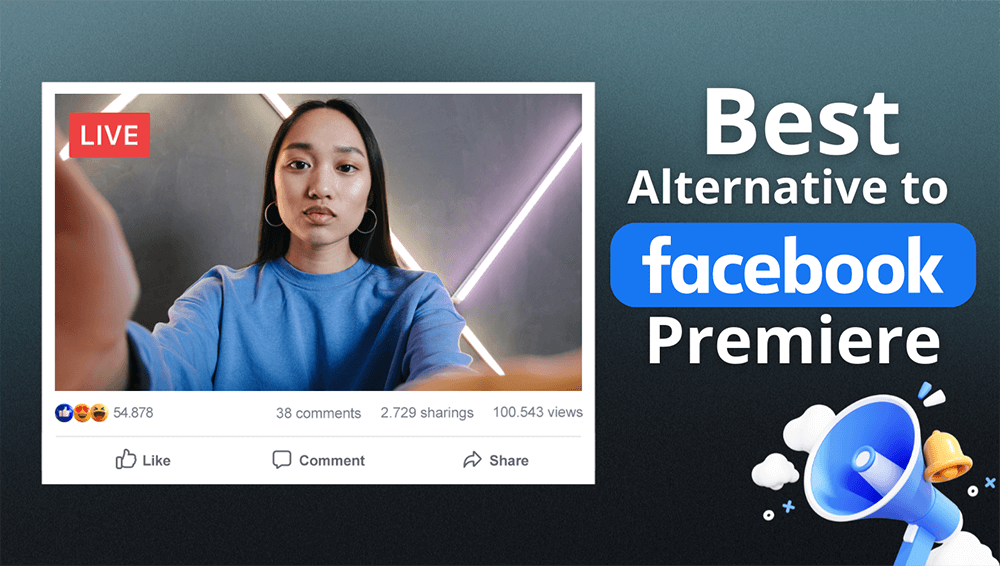 There are lots of requests on the internet on how to do a premiere on Facebook, and that facebook premiere not working, so this article is dedicated to address this matter. Facebook Premiers was a live broadcast of a pre-recorded video that helped to maximize viewer engagement, but unfortunately, Meta 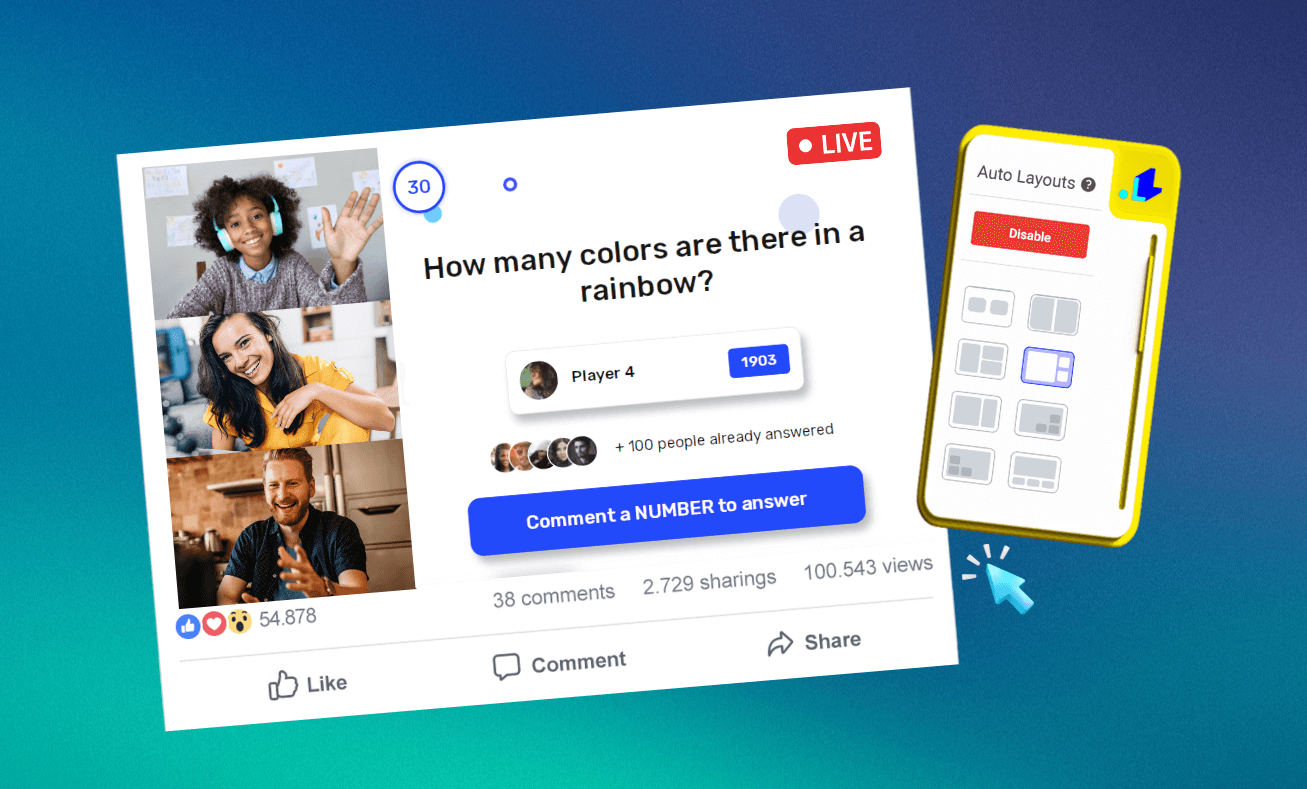 Tired of manually resizing, dragging & dropping elements to adjust your stream layout? We have good news because you can automate this process with Auto Layouts in the LiveReacting streaming studio. Auto Layouts help you to automatically position and resize the webcams and other elements of the stream anywhere you want 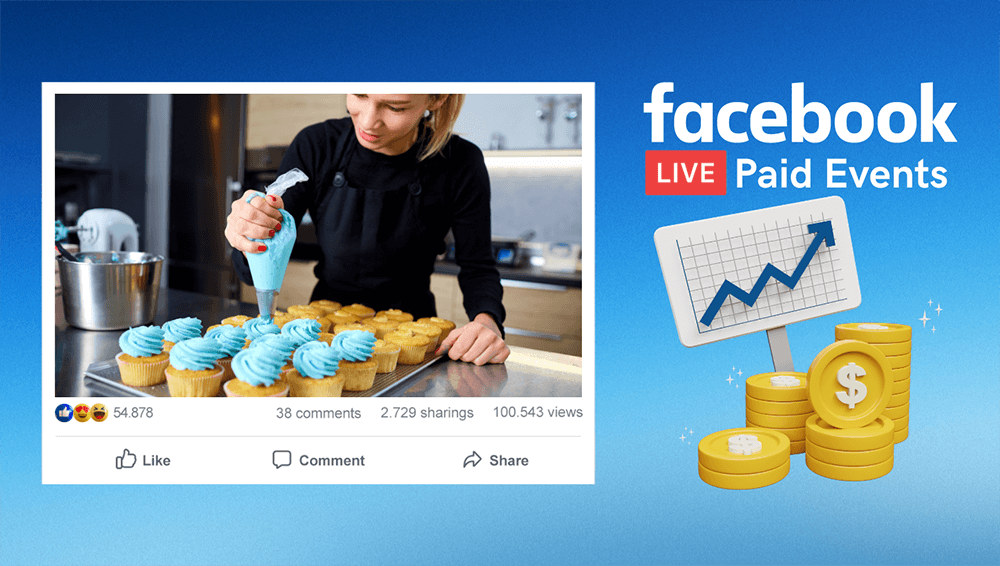 This is really exciting to share because, with Facebook Paid Events, content creators can make money with live streams. Paid Online Events allow you to monetize your live stream with a one-time access fee collected when your guests register to attend. You can host live classes, webinars, interviews, discussions, live